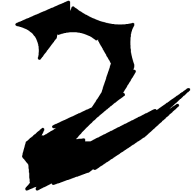 No player can pick any stage they've previously won on in the set.

For the sake of strikes and bans, Tower of Salvation and Final Destination are considered one stage.

Stage striking can be forgone entirely, and legal stages, 3DS, or Waiting Room may be chosen directly if agreed to.

Stalling is banned and will result in the forfeiture of the current game being played. Stalling is defined as intentionally delaying the game as to make it unplayable. This includes:

The standard procedure for lag is:

In more detail, when a game is considered unplayable due to lag, here's what happens:

Players will first take a speedtest using their preferred service (Ookla Speedtest is recommended), with the results sent via DM to TOs. Then, a comparison is made against the bare minimum playing requirements (and not to each other) shown below:

Following a speedtest, the next course of action is the Toaster Clause. Much like the speedtest, the players' machine specification is compared against the bare minimum playing requirements, shown below:

If both players still meet the requirements, the next action is Program Clause. When invoked, both players must close all applications except the required communication software, Super Smash Flash 2, and a web browser with a two tab limit. All downloads and uploads must be cancelled. A confirmation screenshot will be sent to TOs when this is completed.

Then, players may attempt a different method to play outside of MGN.

Finally, if all possible options have been exhausted and the game is still not playable, the higher seed will advance.

Both players' ability to call upon the lag procedure is forfeit if Game 2 is started.

Players who are acting unruly may be disqualified, irrespective of any technical rules. The following is a non-exhaustive list of things that may get a player disqualified for poor conduct:

The TO has the final ruling in all other disputes.

1 KxngOfGames was discovered to be an alt account of No.10 Roshi after the 2020 H1 PR was released. For historical reasons, the listing as shown is unchanged.

The McLeodGaming Discord server is the official hub for everything MG, from SSF2 to Yeah Jam Fury! and the upcoming platform fighting sensation Fraymakers. Though an obvious starting point, pure competitive players may find McLeodGaming underwhelming.

Flash Fight Club is an SSF2-specific community hub focused on player improvement and meta development. New players that find McLeodGaming to not suit their needs may find FFC to be a good pick.

SSF2 Alliance is the home server of the group by the same name. This is the server where tournaments first get posted. It's also the home of the SSF2 Back Room and where when's flash development happens. How meta.

SSF2 Crew League is the home of crews and crew battles in the SSF2 community. Bring your crew aboard or join an existing crew and do battle with other crews for prestige and bragging rights.

For the past six years, The Lab Creatives has been the premier stream team for Super Smash Flash 2 tournaments, featuring the best in stream production and commentary the community has to offer. If you're looking for MVG- or VGBC-level quality out of SSF2, look no further than right here. 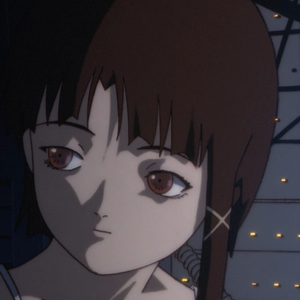 The first streamer for CX, you may know him as Doq. He's held down the top tournament streamer spot for most of SSF2's online existence. Though very few streams happen on his personal stream, you may see it used for non-tournament content such as podcast-esque talk segments and other games.

The second streamer for CX, you may know him as khaitrii. shirobby was a recent acquisition to the CX main stream team, being promoted from pure commentator after a journey in stream production.

The only streamer not streaming for CX worth mentioning though he does commentate for CX. Flavien is far and away the third most prominent streamer for tournaments, topping other independent streamers, while also producing for other content such as freeplays and crew battles. 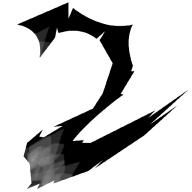 when's flash vod archive is a YouTube channel with no videos, but acts as a jump-off to other channels by having links to vod channels and playlists of tournament vods in one place. Coming soon.

A living, regularly updated document curated by the Alliance Seeding Team to use as a reference for seeding tournaments. Not a replacement for any PR, but instead considered a supplement to the PR.

The Beginner's Guide to Competitive SSF2 by Inari

The guide all new and aspiring players should start with. This three-part guide by Inari will walk you through the fundamentals and popular mechanics of Super Smash Flash 2.

when's flash is hand-written and hand-maintained by Ameowli (some of you may know him as Doq), with ideas and direction from the members of the SSF2 Alliance.

when's flash will likely remain in beta until a bracket scraping implementation is made.

If you like what you see, you can buy Ameowli a coffee. He doesn't even drink coffee.